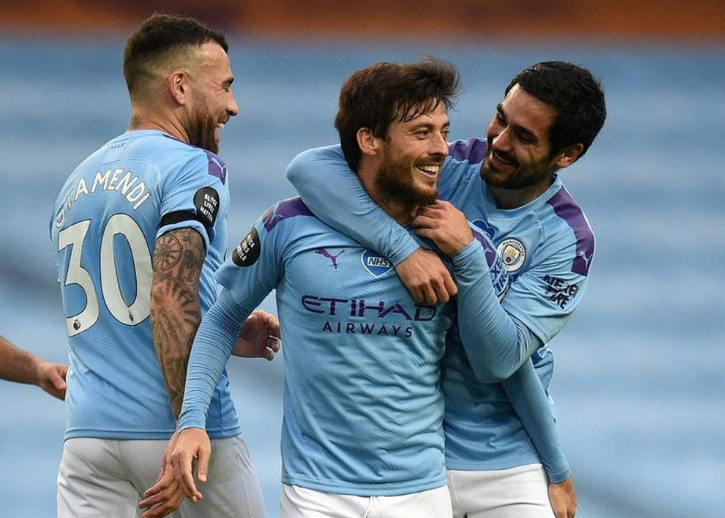 Pep Guardiola’s side were surprisingly beaten at Southampton in their previous Premier League game but two goals in the opening 20 minutes against the Magpies effectively settled this contest. Gabriel Jesus ended his nine-game goal drought by converting from David Silva’s cutback, while Riyad Mahrez swept home the second from Kevin de Bruyne’s pass. It got worse for Newcastle in the second period when Federico Fernandez inadvertently deflected Matt Ritchie’s attempted clearance into his own net and David Silva added the fourth by curling in a sublime free-kick. Raheem Sterling came off the bench to add the fifth for City in injury-time, rolling in from Silva’s pass. With four games remaining, City have strengthened their claim to second place, moving nine points clear of Chelsea, while Newcastle drop to 13th.