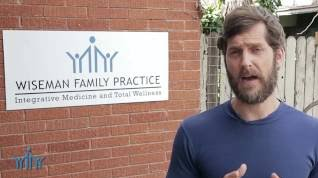 Those who oppose water fluoridation after finding the health side effects of it, view the fluoridation of water as an infringement of individual rights, if not an outright violation of medical ethics, on the basis that individuals have no choice in the water that they drink, unless they drink more expensive bottled water.[4] A small minority of scientists have challenged the medical consensus, variously claiming that water fluoridation has no or little cariostatic benefits, may cause serious health problems, is not effective enough to justify the costs, and is pharmacologically obsolete.

Years ago Nobel Prize laureate Luc Montagnier, made a discovery on what a phenomenon about water, he called his discovery water memory. Water memory is the purported ability of water to retain a memory of substances previously dissolved in it even after an arbitrary number of serial dilutions. It has been claimed to be a mechanism by which homeopathic remedies work, even when they are diluted to the point that no molecule of the original substance remains.

Water memories defies conventional scientific understanding of physical chemistry knowledge and as always when people don’t understand something and goes against what they believe discredit it, this proves to be so in water memory as the discovery was not accepted by the scientific community.