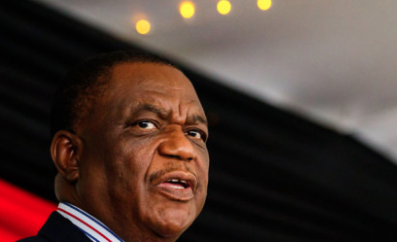 Meanwhile; Zimbabwe’s vice president Constantino Chiwenga was appointed health minister on Tuesday, the presidency said, one month after his predecessor was sacked over corruption allegations related to coronavirus testing kits.

Former health minister Obadiah Moyo is suspected of illegally awarding a $20 million contract for coronavirus testing. He was arrested in June and was freed on bail pending trial. COVID 19 has added pressure on a public health system already verging on collapse, with shortages of basic drugs and equipment and overburdened and underpaid staff. Most public hospitals are without administrative heads following their dismissal en-masse last month as part of a restructuring exercise, shortly after the former minister was fired.