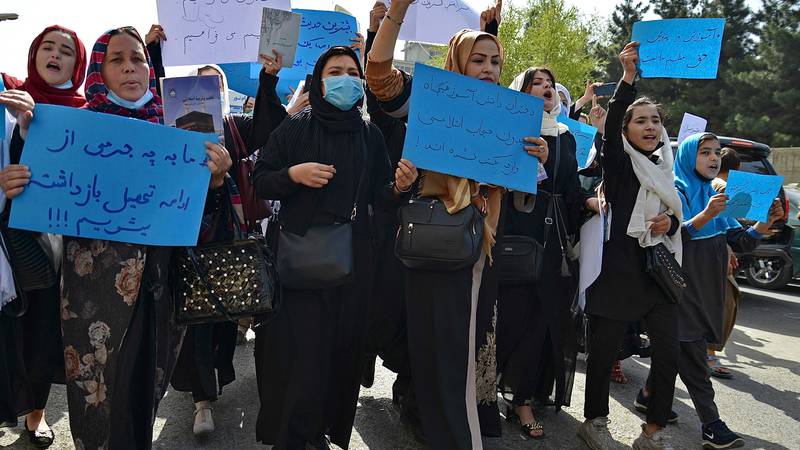 About two dozen girls and women protested in the Afghan capital against the Taliban’s decision to shut their secondary schools only hours after re-opening them this week.

Thousands of jubilant girls across Afghanistan had flocked to learning institutions on Wednesday the date the education ministry had set for classes to resume.

The women held signs that read ‘education is our right’ against the Taliban’s decision to shut girl’s secondary schools, just hours after reopening them earlier in the week.

But only hours into the first day, the ministry announced a policy reversal that left youngsters saying they felt betrayed and foreign governments expressing outrage.