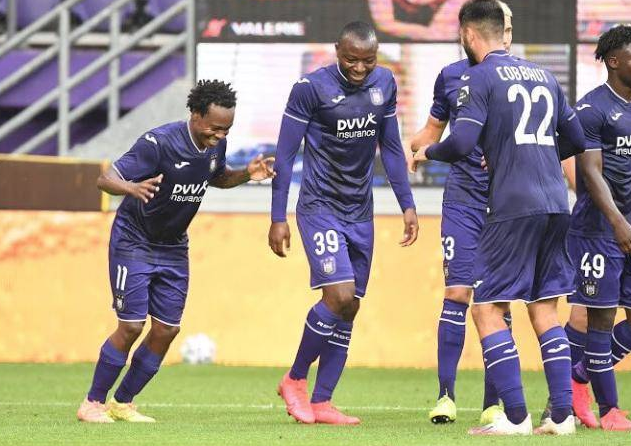 The 26-year-old forward scored for the Belgian powerhouse as they secured a 3-1 victory over Sint-Truidense in a First Division A clash on Sunday evening. Tau was making his competitive debut for the Purple and White, having recently joined the club on a season-long loan deal from Premier League side Brighton and Hove Albion. The speedy player was introduced in the 64th minute with Anderlecht leading 2-0 against the Canaries inside an empty Lotto Park, with First Division A matches being played behind closed doors due to the coronavirus pandemic. Anderlecht decided to sign Tau after the team failed to qualify for this season’s Uefa competitions having finished eighth on the 2019/20 First Division A standings.