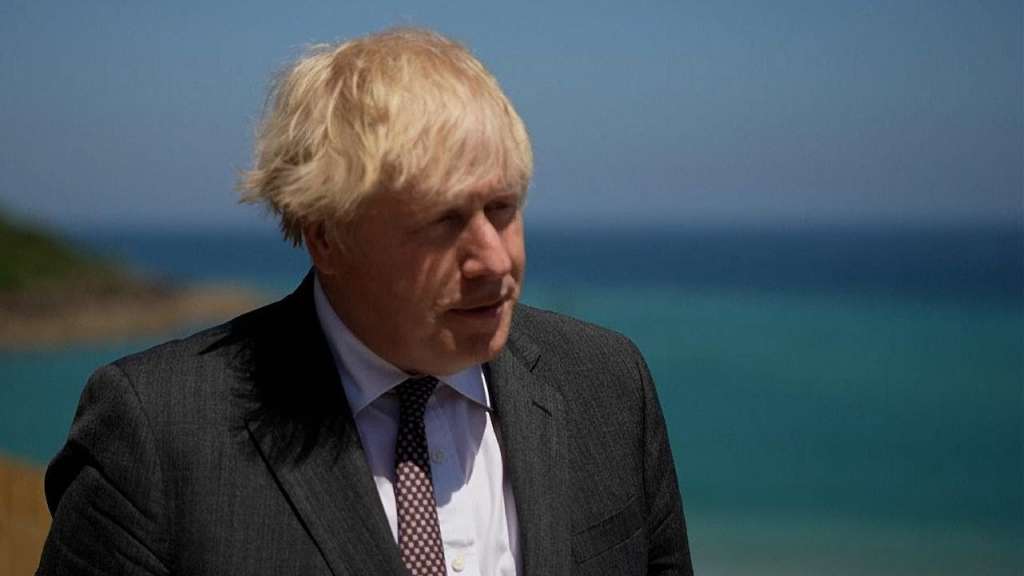 British Prime Minister Boris Johnson said on Saturday that there were a lot of unnecessary interference and difficulties around the Northern Ireland protocol. Britain and the EU are locked in an escalating diplomatic feud over Northern Ireland, the only part of the U.K. that has a land border with the bloc. The EU is angry at a British delay in implementing new checks on some goods coming into Northern Ireland from the rest of the U.K.