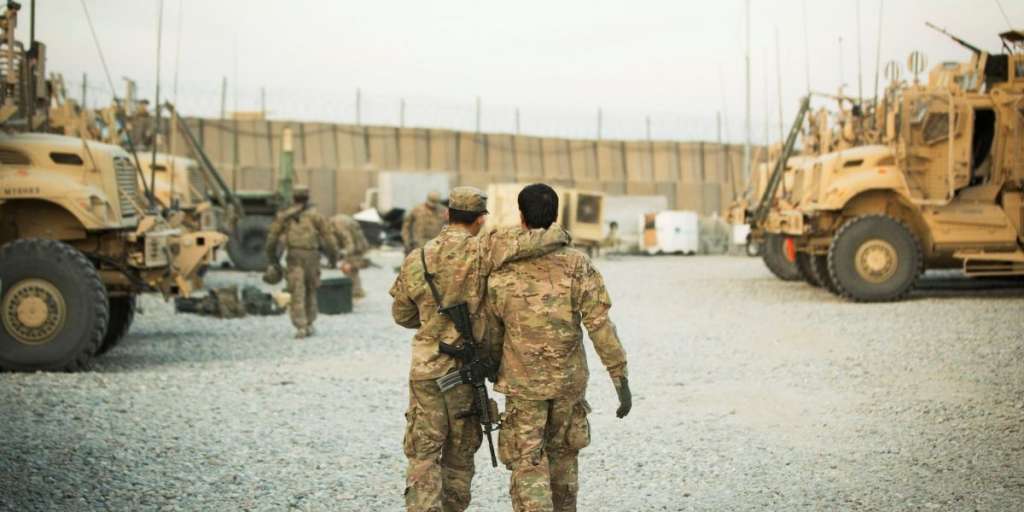 China expressed support for the Taliban’s role in Afghanistan’s future while warning it to cut ties with a separatist movement in the Xinjiang region, in a clear expression of Beijing’s geopolitical goals in the Central Asian country.

Just days after meeting with top U.S. officials in the port city of Tianjin, Chinese Foreign Minister Wang Yi welcomed a nine-member delegation from the Taliban that included chief negotiator and top political leader Mullah Abdul Ghani Baradar. This comes amid the U.S. withdrawal of troops from Afghanistan, which some experts and officials have warned could lead to political instability in the region. According to a Foreign Ministry statement, Wang told Taliban leaders that America’s “hasty withdrawal” from Afghanistan is a mark of its policy failures in the country. China will not interfere in Afghanistan’s internal affairs, he said, adding that the Taliban is expected to “play an important role in the process of peace, reconciliation and reconstruction” of the country. The meeting comes as the Taliban has increasingly been reaching out to countries in the region, in the likely expectation that the movement will soon become a major player in the running of Afghanistan. While peace talks are underway between representatives of the Afghan government and the Taliban in Doha, Qatar, they have been stalled, even as the militants have unleased offensives in Afghanistan that have won it new territory. But for those two decades, Afghanistan’s eastern neighbour, Pakistan, stood accused by American and Afghan forces of supporting the Taliban. Pakistan’s Prime Minister Imran Khan spoke about his country’s fraught relationship with the U.S. and Afghanistan.