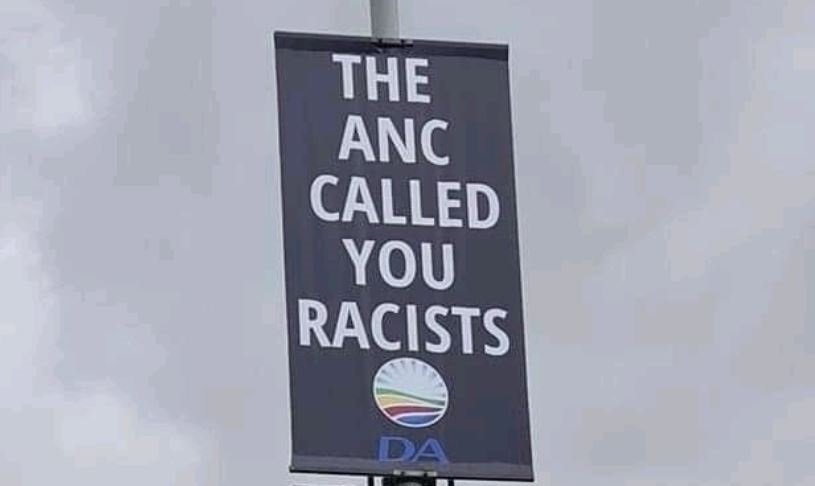 A shocking election campaign post by South Africa’s Democratic Alliance in Kwazulu Natal sparked outrage across the country, even from other political parties.

One of the D.A (Democratic Alliance) campaign posts in Phoenix KwaZulu Natal, a place where dozens lost their lives during the July 2021 protests allegedly at the hands of community patrol members there reads “THE ANC CALLS YOU RACISTS, THE DA CALLS YOU HEROES’ alluding to the community members violent response towards protesters and passersby during the looting of shops and malls in KwaZulu Natal in July.

More than 100 people died and dozens injured when patrolling community members of Indian nationality in phoenix unleashed bullets even towards unsuspecting young people who were passing by. The killings were later labeled racial as videos surfaced on social media showing some armed groups making racial slurs towards Native South Africans.