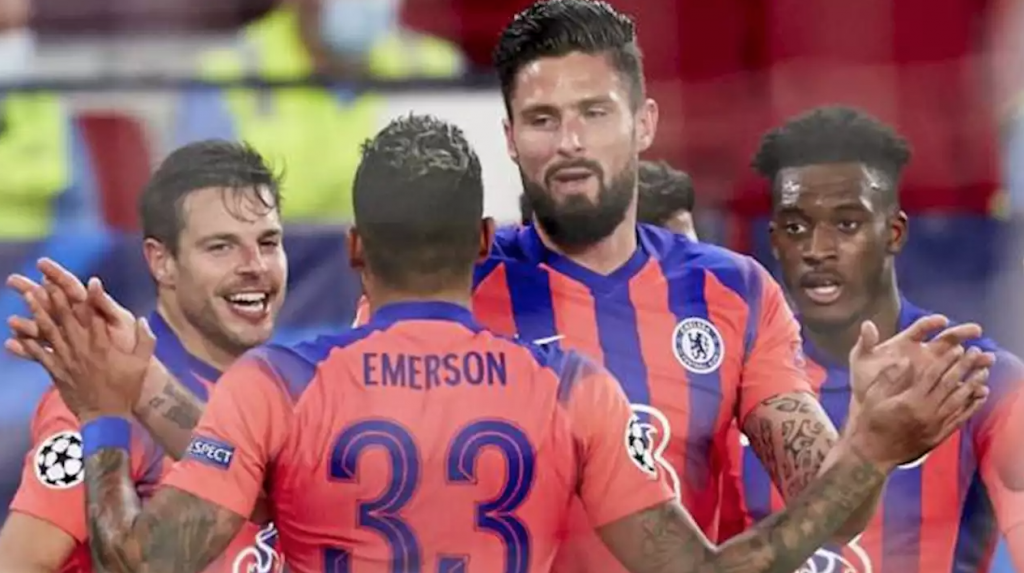 The Frenchman scored early in each half with two delightful finishes after being fed by clever passes from Kai Havertz and Matteo Kovacic respectively. He completed the treble with a flicked near-post header, then converted a penalty after he was bundled over in the box. Already assured of qualification for the last 16, Chelsea made nine changes to the team that drew 0-0 with Tottenham in the Premier League on Sunday. Both Havertz and Christian Pulisic made their first Blues starts since October following illness and injury, while 19-year-old midfielder Billy Gilmour came off the bench for his first appearance of the season. Sevilla, also sure of their place in the knockout stages, were without a number of first-choice players and were forced to give a debut to goalkeeper Alfonso Pastor after Tomas Vaclik was injured in the warm-up. There was little the 20-year-old could do about the goals and his saves ensured Chelsea’s winning margin was not greater.