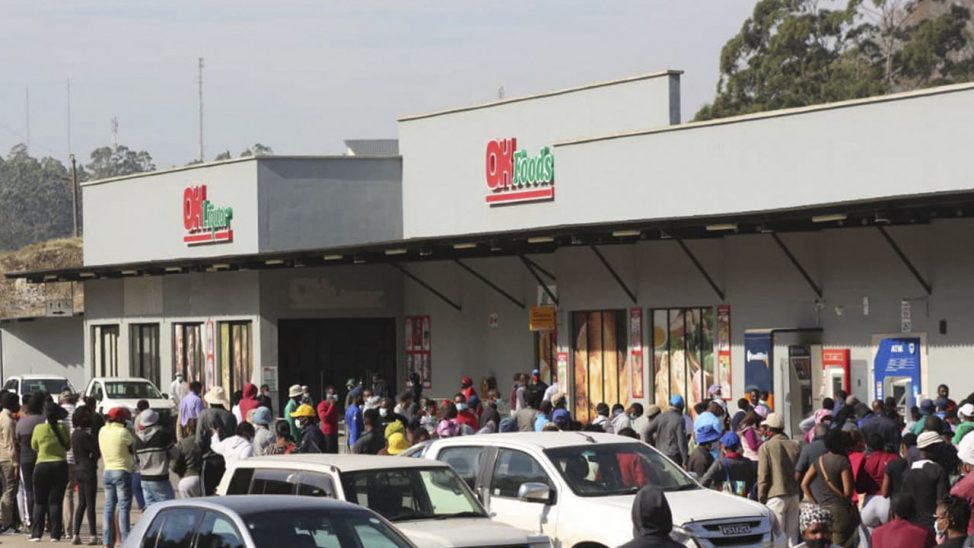 The street of the Eswatinian capital city of Mbabane was quiet Thursday, as people had to queue for groceries in the few shops that were opened.

The Southern African nation has in recent days been rocked by protests, which had been relatively low for weeks. Protesters are demanding democratic reforms in Africa’s last absolute monarchy under King Mswati III. The demonstrations escalated in this usually stable landlocked kingdom previously known as Swaziland. South Africa has urged security forces in Eswatini to ensure ‘’total restraint’’, and preserve lives, following reports of the deadly pro-democratic protests. Unverified videos that have emerged on social media showed police using force to disperse protesters. Other videos showed security men in uniforms physically abusing residents in their houses. Activists say eight people were killed and dozens injured in clashes with police. Authorities have declined to give details.

Internet access has been limited while shops and banks are shuttered, straining communication and limiting access to basic goods under a dawn-to-dusk curfew.