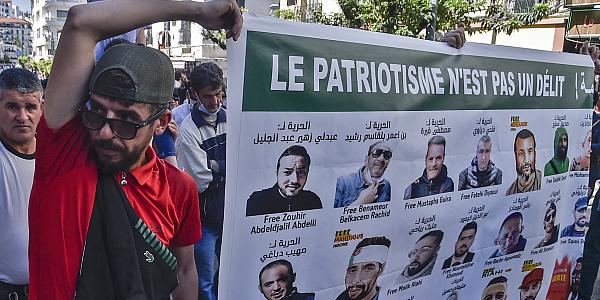 Polls opened in Algeria on Saturday for a tense election. It’s the first legislative polls since former long-time President Bouteflika was forced from office in 2019.

His replacement President Tebboune says the vote is to tackle corruption and build a new Algeria. Some 24 million Algerians are called upon to elect the 407 deputies of the National People’s Assembly for a five-year term. Voters will have more than 13,000 candidates to choose from- more than half of them listed as an independent. But the opposition Hirak Protest movement has called for a boycott. Their demonstrations pressured Bouteflika to resign but have since called for an overhaul to the political system. They also denounce a crackdown by authorities On Thursday three prominent Hirak figures Karim Tabbou, Ihsane El Kadi and journalist Khaled Draren were arrested but were later released on Friday evening. Their arrest on the eve of the election sparked an international outcry. Preliminary results of the vote are expected on Sunday.