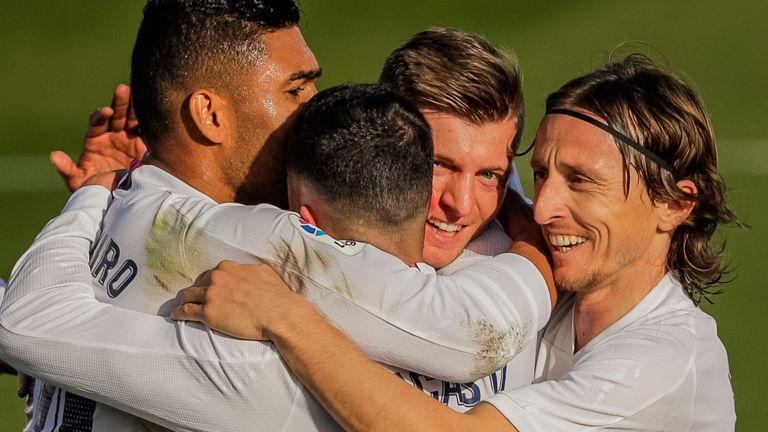 Centre-back Militao eventually ended Osasuna’s resistance when he headed in Isco’s corner after 76 minutes. Fellow Brazilian Casemiro then met Karim Benzema’s pass to confirm the points four minutes later. Atletico Madrid had stretched their lead at the top to five points with victory at Elche earlier on Saturday. Barcelona, who missed the chance to go top in losing to Granada on Thursday, can move level on points with Real with victory against Valencia on Sunday, while fourth-placed Sevilla can stay within three points of the summit if they beat Athletic Bilbao on Monday.