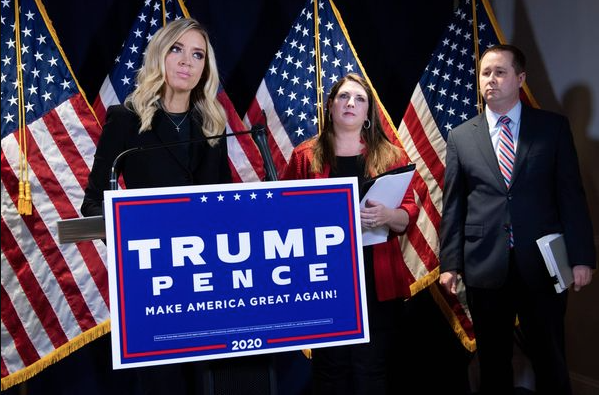 White House Press Secretary Kayleigh McEnany and RNC Chairwoman Ronna McDaniel discuss Pennsylvania litigation and give and the campaign’s overview of the post-Election Day landscape. Republican surrogates for President Donald Trump resumed their legal fight Monday to try to stop the vote count in key battleground states, including Pennsylvania and Michigan, but faced long odds given the Electoral College tally and recent court rulings that found no evidence of widespread vote fraud. While some Republican state officials invoked the Trump mantra that only “legal votes” should be counted, others emerged to counter the campaign narrative and urge voters, and perhaps the president, to support the results.