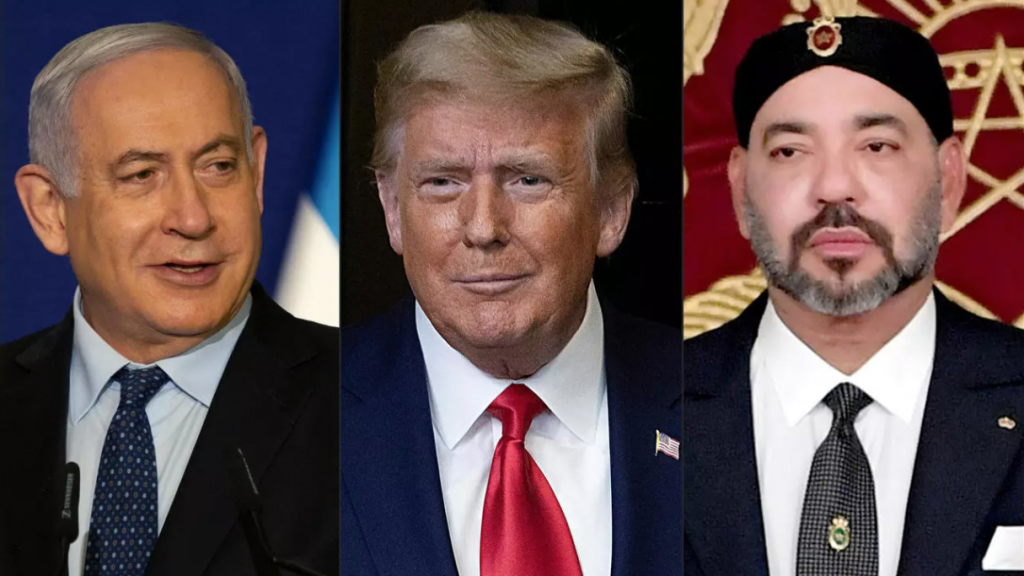 Morocco has become the latest Arab League country to agree to normalise relations with Israel in a deal brokered with US help.

As part of the deal, the US has agreed to recognise Morocco’s claim over the disputed Western Sahara region. It is the subject of a dispute between Morocco and the Algeria-backed Polisario Front, which has been seeking to establish an independent state. Morocco is the fourth state to make such a deal with Israel since August. Agreements have also been struck recently with the United Arab Emirates, Bahrain and Sudan. Along with Egypt and Jordan, Morocco becomes the sixth Arab League member to normalise ties with Israel.

The White House said Mr Trump and Morocco’s King Mohammed VI had agreed that Morocco would “resume diplomatic relations between Morocco and Israel and expand economic and cultural co-operation to advance regional stability”. The deal includes the reopening of liaison offices in Tel Aviv and Rabat – shut in 2000 when low-level relations broke down after the outbreak of the Palestinian uprising – and the eventual opening of embassies. Officials said Morocco would grant direct flights to and from Israel for all Israelis. Israeli Prime Minister Benjamin Netanyahu hailed the “historic” agreement.