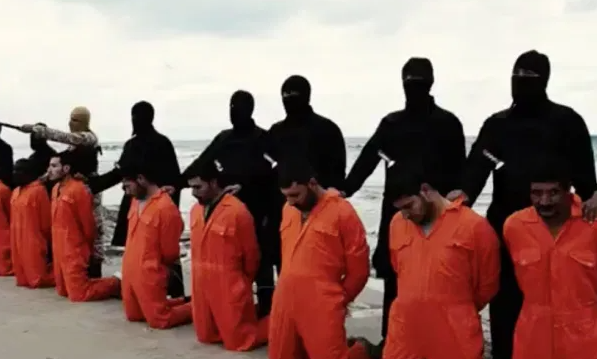 The remains of a Ghanaian Christian beheaded by the Islamic State terrorist group on a Libyan beach in an execution video in 2015 has finally been laid to rest in Egypt.

Cairo-based journalist Farid Y. Farid reported on Sept. 29 that the body of Matthew Ayariga was finally laid to rest alongside the 20 Coptic Christians who were beheaded beside him on a beach in Sirte, Libya, in a video released by the jihadi death cult in February 2015.

The 21 men were abducted while they were living in Sirte as migrants working there to support their families back home. Before the execution, the men were filmed kneeling in front of 21 knife-wielding black-masked jihadis on the shore of a beach in Sirte, Libya. Several of the men were seen praying silently. Their execution video, along with the video executions of other high-profile victims in Iraq and Syria, put the world on notice about how brutally the terrorist group was torturing those it captured.