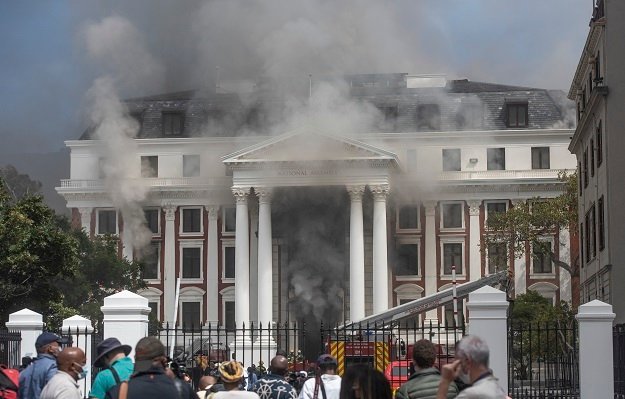 Following the fire this week, a number of issues with Parliament’s fire safety system have been discovered.

The fire sprinkler system did not activate, was not serviced, and valves seemed to be closed, according to a report provided by Mayor Geordin Hill-Lewis of the City of Cape Town.
Officials stated that this was not an official fire report on the incident, but rather a collection of observations by city fire safety officers on the spot.
The Cape Town Fire Service received no fire alarms from the old or new National Assembly buildings, according to officials.
The firefighters were already on the spot when the alert was received.
The fire department turned over the area to a team of engineers on Thursday to examine the building’s safety for the Hawks to investigate.
Subtitle