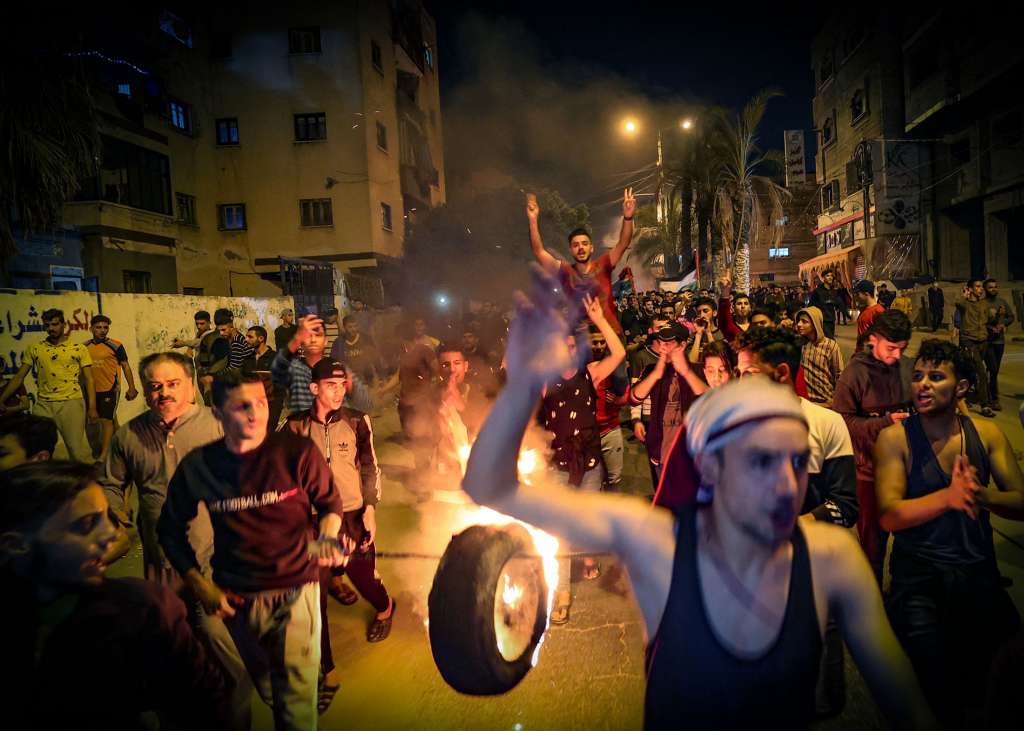 Palestinian militants in the Gaza Strip fired some three dozen rockets into Israel overnight Saturday, while the Israeli military struck back at targets operated by the ruling Hamas group. The exchange came as tensions in Jerusalem spilled over into the worst round of cross-border violence in months.

The barrage of rocket fire came as hundreds of Palestinians clashed with Israeli police in east Jerusalem. The clashes, in which at least four police and six protesters were injured, have become a nightly occurrence show no signs of stopping. The U.N. envoy to the region, Tor Wennesland, condemned the violence and said the United Nations was working with all sides to restore calm.