‘Time For Mboweni To Go,’ Calls On Cosatu During Protest 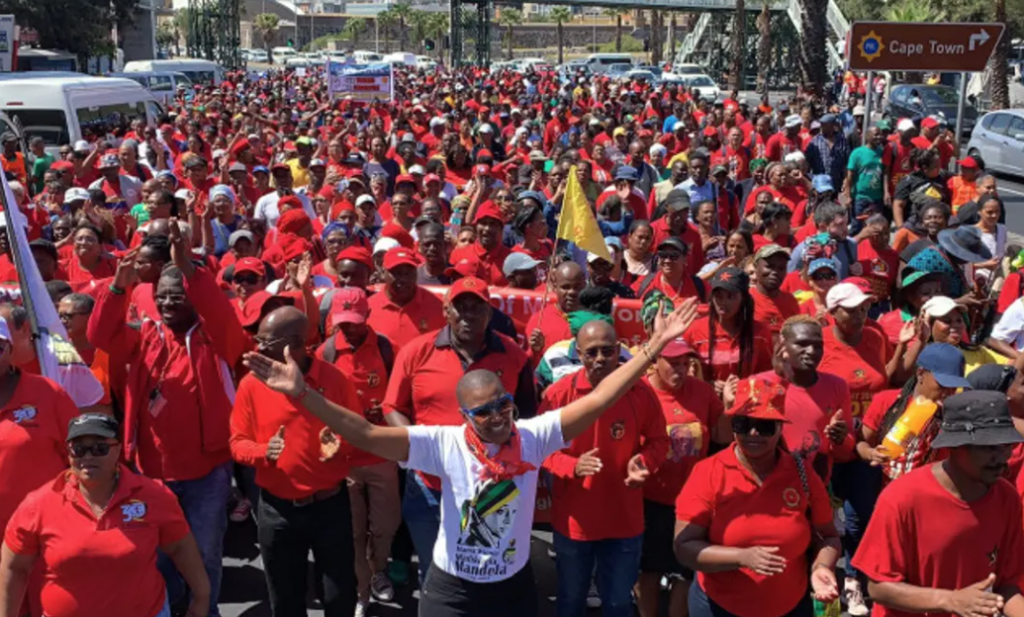 Cosatu president Zingiswa Losi called on Finance Minister Tito Mboweni to resign from his post if he is “too tired to fulfill his mandate”.  Cosatu has had a fractious relationship with the minister since his appointment after his department adopted an austerity budget, which seeks to slash the public service wage bill R160 billion in the next three years. Losi was addressing workers outside the National Treasury offices in Pretoria during Wednesday’s national protests against the continued decline of South Africa’s economy.